Vets team up to bring new pizza concept to Mississippi 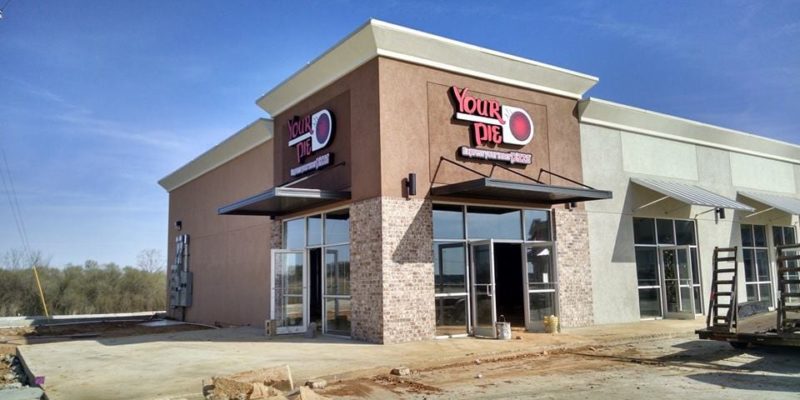 Vets team up to bring new pizza concept to Mississippi

Business partners Dee Broadwater and John Henry come from similar professional backgrounds. Both served in the military and then as defense contractors overseas. As college students, they both “did their time” working in restaurants.

Now the two are getting into the restaurant business by introducing the Your Pie pizza franchise in the Jackson area. More locations are planned in other areas of the state.

“When I was in Afghanistan I was talking to another buddy of mine, an entrepreneur, who mentioned he thought (Your Pie) was a very good model and franchise group. So when my contract ended and John’s ended, we looked into it and did our research,” Broadwater said. They tried several other products before choosing Your Pie.

Your Pie bills itself as the first of the “fast casual, brick-oven, customized personal pizza category.” Founder Drew French got inspiration on a visit to Italy and started the chain in 2008 in Athens, Ga. The stores use hand-tossed dough, fresh ingredients and pizza sauces and salad dressings that are made in house. The restaurants also sell local craft beer.

Customers go through a line to choose the dough, sauce, cheese and toppings to create their own pizza and when the pizzas come out of the oven they are delivered to the table. Options include white, wheat and gluten-free dough with Buffalo, BBQ, basil pesto, extra virgin olive oil or marinara sauce, five cheeses, and 23 toppings from pepperoni to pineapple.

“It’s not just placing an order for a standard, one size fits all pizza,” Henry said.

Your Pie also offers choices of panini and chopped salads and all-natural Italian Gelato and sorbet. Entrees start at $7.99.

There are about 40 locations in 13 states and 50 more are in the works, according to the company.

The first Your Pie in Mississippi will be in Gluckstadt in Madison County. “It’s a fast growing area with a lot of new development going on,” Henry said.

The Gluckstadt restaurant will be in a multi-unit property that includes a gas station and convenience store that recently opened. Broadwater and Henry are hoping for an opening in mid-April.

Your Pie will have 75 seats plus patio seating. The owners will hire about 30 part-time employees.

Broadwater said after the first restaurant opens, they will be looking at expanding with four or five other stores. “We’re starting in the greater Jackson area and then possibly in Hattiesburg, Oxford, Starkville and potentially the Coast,” he said.

Besides liking the product, Broadwater said, “another thing that excited us is the company is big on community service and giving back to the community. As veterans, service is something that is important to use and it’s another opportunity to give back to our community.”

According to the corporate website, Your Pie’s mission is “to end childhood hunger. For every craft pizza purchase, we will donate a pizza to a child in need. Every Your Pie is committed to partnering with local organizations that invite change in their community.”